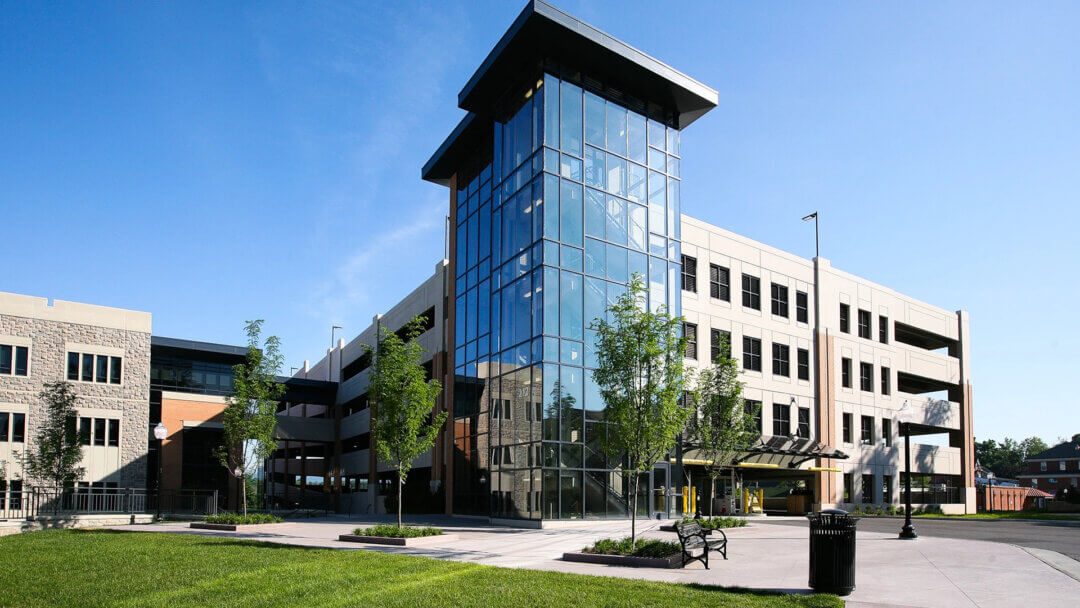 Virginia Tech, located in Blacksburg, Virginia, is one of the United States’ leading land-grant universities. Established in 1872 as Virginia Agricultural and Mechanical College, the university has grown into one of the nations’ top research institutions while offering 280 degree programs to more than 37,000 students.

VT continues to fulfill its role as a land-grant university by fostering a collaborative environment that integrates technology into all disciplines to serve as a force for positive change. This includes the university’s Transportation Services department, which utilized technology to improve the parking experience in one of its garages.

The North End Center Garage serves tenants and visitors to the North End Center, a mixed-use office and retail building on Virginia Tech’s campus. When the garage was finished in 2013 it was equipped with all the necessary hardware to accept payments. However, due to issues with PCI compliance, the devices were never turned on and utilized.

Instead, parking staff would sit in a booth and take payments as people left. Because of this, the garage only charged for parking from 7 AM to 7 PM, Monday through Friday. This left a lot of potential revenue on the table from evenings and weekends. “It was super inefficient, and it just needed some automation,” stated Jeri Baker, Senior Director, Transportation Services.

Several years ago, Virginia Tech switched from a self-hosted cloud environment for its T2 solutions to being hosted through T2. This helped resolve the PCI issues that prevented the PARCS equipment in the garage from being used. However, at that point the equipment needed to be replaced due to its age and lack of use over the years. After several meetings with the university’s budget office, Baker finally got approval to replace the equipment. 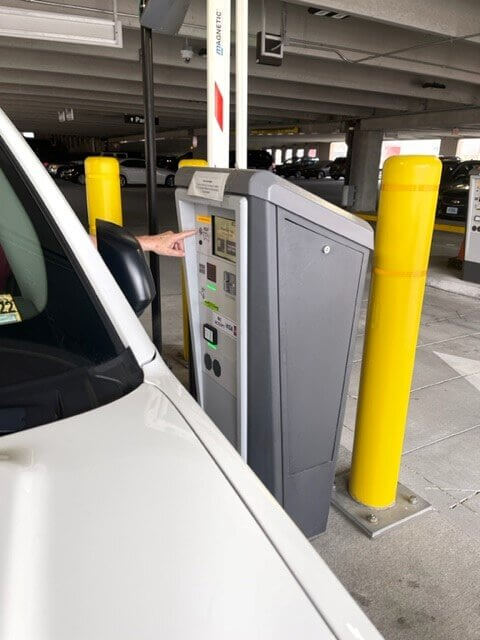 T2 worked with Virginia Tech to install all-new T2 Logan equipment in the 800-space North End Center Garage. There are ticket dispensers and pay-in-lane devices in each of the facility’s three exit lanes, as well as a pay-on-foot kiosk. Baker was very satisfied with the process, highlighting the productive conversations she had with her T2 Account Manager and the hands-off implementation. While a few challenges did arise along the way, “T2 has continued to be a good partner, has worked with us, and helped us get issues resolved,” Baker said.

In September 2020, the garage officially went live as a fully automated, 24/7 facility. Virginia Tech also made several other changes to their parking operation around the same time in an effort to remain financially self-sufficient, which is required by Virginia state law. They extended their enforcement from 5 to 10 PM and started charging visitors for parking, whereas before only faculty, staff, and students were charged.

“Changes like the gates at the North End Center Garage, enforcement being later in the evening, visitors having to pay to park – all of that helps us be more equitable and really share the need for revenue generation across everyone who uses the service,” Baker explained.

“Our revenue growth has just been phenomenal,” Baker said. Last fiscal year, their first with the new equipment, Virginia Tech increased its net income from the North End Center Garage by nearly 60 percent, despite losing two months of revenue to COVID lockdowns. In the current fiscal year, net income from the garage has nearly doubled in just 8 and a half months compared to the prior year.

Automation has been a big reason for the success. Now that staff do not have to manually collect payments, wage expenses for the garage have decreased from nearly $50,000 per year on average to less than $1,000. Additionally, charging for parking in the garage on nights and weekends has opened up additional revenue streams.

Another success factor is how much easier it is to pay for parking in the garage using the T2 Logan equipment. “I truly believe that when you make it easy for people to pay, they’ll pay for parking,” Baker stated. “They’d rather pay than get in trouble, but if you make it too hard, then the choice is to just get in trouble. So, making it easy has really been a good thing.”

“I really enjoyed that next meeting with the budget office when I laid down the revenue that we had generated. FY21 was pretty much an off year because of COVID, and we just blew away all revenue projections for that facility.”
Jeri Baker, Senior Director, Transportation Services

This significant increase in revenue will also help Virginia Tech Transportation Services better serve its customers beyond just making paying for parking easier. It can now pay down its debt from the construction of the garage and remain self-sufficient without having to rely solely on raising permit rates for faculty, staff, and students.

Moving forward, Baker anticipates that the success of this project will make it easier to get approval for future projects, including additional gated facilities using T2 PARCS. “I really enjoyed that next meeting with the budget office when I laid down the revenue that we had generated. FY21 was pretty much an off year because of COVID, and we just blew away all revenue projections for that facility.”