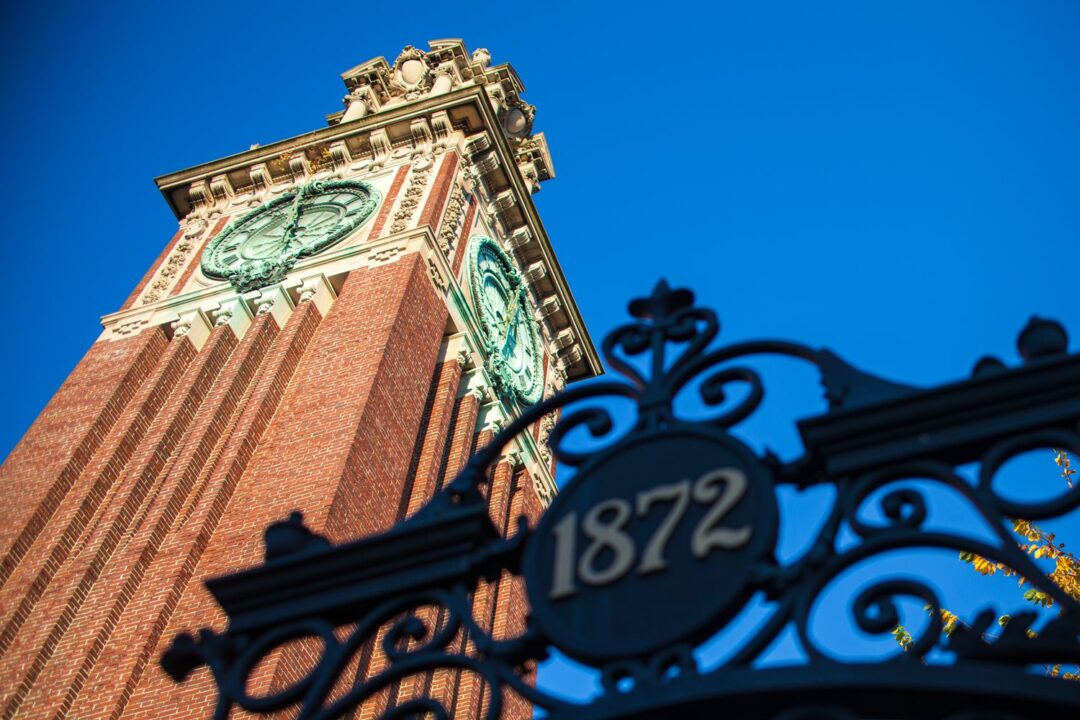 Founded in 1764, Brown University is not just one of the oldest colleges in the United States, but also one of the most innovative. Brown was the nation’s first college to accept students regardless of religious affiliation, was among the first American institutions to offer PhDs, and implemented its renowned Open Curriculum in 1969. Today, Brown students, faculty, and staff are at the forefront of solving our world’s most complex problems. However, in spite of all of the innovation found at Brown, the school’s parking operation was stuck in the 20th century.

As Brown’s parking operation continued to expand, they outgrew their existing parking management system. One of the biggest issues the team was facing was an inability to interface with other University systems, which produced inefficiencies, created a lot of manual labor, and caused problems with monthly reconciliations due to human error. “We had to do everything with payroll by hand, we had to do everything with our student system by hand,” explained Mike Leitao, Systems Analyst for Brown Transportation and Card Services. “None of that stuff was ever systematic.”

Additionally, Brown’s system had minimal reporting capabilities. The team had access to just five or six reports that only provided basic information, and their previous vendor would charge them to pull additional data. “In all parking operations, we operate on data. And if you can’t see your data, then you don’t know what your operation is really doing,” stated Carleia Lighty, Director, Transportation and Card Services.

What Brown needed was a one-stop shop – a solution that tied their whole operation and all their systems together onto one platform. “We had to bring our operation into the 21st century,” Lighty said.

As Brown’s Transportation team sought out a new parking vendor, they turned to T2, who had previously supplied the University with multi-space pay stations. Brown implemented T2 Flex™ software for permit management and enforcement. With Flex, Brown can now easily set up, issue, and – unlike before – track and manage parking permits for individuals or groups. Additionally, Flex brought Brown’s entire enforcement process into one centralized system, from citations to appeals to payments. Plus, all of this functionality is supported by robust reporting capabilities that have enabled Brown to see exactly what their operation is doing.

Flex also seamlessly integrates with third-party systems and services, which has allowed Brown Transportation to interface with numerous external systems, such as payroll, student systems, and databases. Flex connects with Workday to automatically run payroll deductions or bill departments for employee permits. It communicates with Banner to add citation payments to student accounts. And it interfaces with Oracle Identity Manager to immediately revoke parking permits when a student, faculty member, or staff member leaves the University.

Since switching to Flex and tying all their systems together on a single platform, Brown Transportation has been able to see the full picture of their operation. “There are so many new alerts that we get and so much new information we have readily available that we didn’t have before,” Lighty said. Instead of having months-old information that may or may not be correct, Flex pulls from all of Brown’s integrated systems and updates every night, offering peace of mind that their information is accurate and enabling them dive deep into their operation.

Brown Transportation has also seen a significant increase in operational efficiency with Flex. “There are a lot of manual processes that we used to do that we don’t have to do now, and it’s way more efficient,” Lighty stated. “A lot of the processes have been cut in half, so it’s allowed us to have a much cleaner and more efficient reconciliation.”

One process that has become much more efficient is appeals. While previously Lighty and team would have to print out all the citation information and photos, now they can see everything in Flex and make an informed decision. They can also send out the appeal decisions quickly and easily through Flex. “Now appeals are done every other day. We used to give ourselves a ten-day window – and we still have that in writing – but we don’t use that time because we don’t need it,” Lighty explained.

As far as reporting goes, “We’re able to do things we never did before,” Leitao stated. Brown can track citations by lots, areas, and time frames to better understand when and where people are committing violations and put their officers in the best position to enforce. They can also track their parking inventory in great detail, enabling data-based decision making as well as allowing the team to collaborate more effectively with other groups. For example, they can now provide better data on vehicle use to the Brown Sustainability Office, and their reporting to the City of Providence for its annual master plan has become both much easier and more thorough.

Additionally, Brown has been able to utilize custom fields in Flex to provide cleaner, more detailed data, as opposed to hijacking a field that wasn’t commonly used. “We’re able to create a field for it, report off it, and do everything we need to do,” Leitao explained. They have also been able to create customized reports specific to their operation, as well as informative dashboards to provide better views of their data. The result? “We can see exactly what our operation is doing.”

“Know what you want, be clear, and understand the product,” Lighty recommended. When Brown hit a bit of a bump in the road during the implementation process, T2 was able to provide them with a Flexpert consultant who came to Providence, helped the team understand their options, and worked with them to figure out exactly what their operation needed. “Once we did that, we were up and running,” Lighty said.

Leitao emphasized the importance of reporting for a parking operation. “Every project reporting is left for last, but really what drives the whole thing is what you get out of your reporting. You really need to have a concentration on your reporting, because that’s where the system shines.”