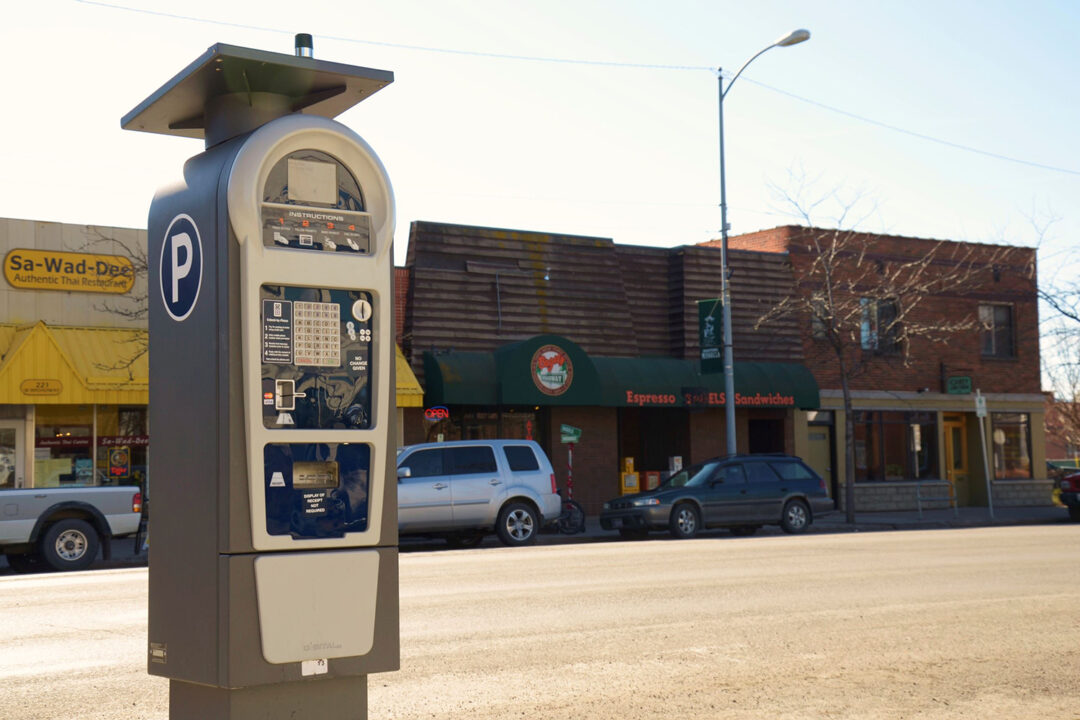 Missoula is the second largest city in Montana and home to the University of Montana, the second largest university in the state. The Missoula Parking Commission manages parking for both the city’s downtown core and a residential area near the University. It is a component unit enterprise fund of the City, meaning it doesn’t receive any money from the City’s general fund – all of its funding comes from parking revenue. This adds an extra level of importance to how the Parking Commission manages its approximately 1,200 on-street spaces, 12 lots, and 4 structures. Or as Tiffany Brander, Parking Services Director, put it: “It’s kind of a big deal.”

Unfortunately, Missoula’s prior parking solutions were not getting the job done. Their downtown streets were lined with single space meters that offered only two hours of parking at a time and were often broken, leading to many erroneous tickets issued to patrons that had paid. However, because officers had to enter tickets by hand at the end of the day, there was no way for customers to resolve the issue until the following day. “Instead of having an immediate solution, our customers were frustrated about a parking ticket for an entire day,” Brander said. Additionally, the Parking Commission had no way of knowing what was wrong with a broken meter without checking it in person, taking up valuable time and resources.

The collections process was also a challenge for Missoula. “Our fee collectors basically pushed around an old acetylene tank with bicycle wheels on it that had been converted into a coin collector,” Brander explained. “It was quite the contraption, but it wasn’t safe.” Not only did this process fail to meet dual control standards, but if a person were to pick up on and memorize the daily collection routes, there was additional risk of theft and employee safety concerns.

Additionally, the Parking Commission was using outdated software that offered minimal functionality and reporting, didn’t connect to the parking meters or parking garage equipment, and wasn’t well supported. It was time for Missoula to make a change and move their parking operation forward.

Missoula had their eye on multi-space pay stations for a while before finally pulling the trigger in 2015. They went through an RFP process, as well as a public feedback process, to determine what type of pay station was most desired and which vendor could offer the best solution. That vendor was T2.

Missoula replaced over 1,000 single head meters with 117 T2 Luke® II pay stations in December 2015, a number that has since increased to 134. They also implemented Iris™, T2’s back end software for pay stations, which allows them to manage all aspects of their pay stations – collections, maintenance, rates, and more – from one platform.

To provide better customer service, Missoula later added T2 FlexPort in 2016 and mobile payment capabilities in 2017. FlexPort is an online portal that allows customers to pay and appeal citations online, “Which was huge for us,” Brander said, “because now people can pay from the comfort of their home 24/7, and not have to worry about stopping by our office or mailing in their payments.” Implementing mobile payments was a breeze thanks to T2’s ability to easily integrate with other providers, and it has allowed customers to pay from the warmth of their car during Missoula’s harsh winters.

“T2 changed our lives! Everything is just so much easier now,” Brander exclaimed. Since making the switch, Missoula has seen increased efficiency and vast operational improvements in maintenance, collections, reporting, and revenue.

T2 Iris software has “completely changed the way that we’re able to do maintenance,” Brander stated. Rather than having to rely on hearsay when a meter breaks, Iris sends an alert instantly whenever a machine is out of paper, has a coin jam, has met its collection capacity, etc. Then the maintenance team can troubleshoot from anywhere using Iris, saving time previously spent searching for issues out in the field. “The ability to just log on and check on your parking environment from anywhere has been really, really amazing for us.”

The Parking Commission’s collections process is also much improved, especially with regard to security. With real-time collections data in Iris, they can strategically plan and change up their collection routes based on which pay stations are full, rather than taking the same path every day. Additionally, the Luke II pay station’s coin canister locks itself as soon as it is removed, adding an extra layer of security by preventing any coins from being added or removed. “It’s been a game changer for us,” Brander said.

The vast reporting capabilities that Iris offers have also been immensely valuable to Missoula. “T2’s reporting functionality has allowed us to move towards data driven management decisions instead of trying to work with anecdotal evidence and assumptions,” Brander explained. She and her team are able to analyze occupancy, rates, financial data, and more to make strategic decisions. “We’re now able to improve our system, revenues, and efficiency in a way we never could before.”

Additionally, T2’s fully configurable pay station solution allowed Missoula to implement a new escalating rate structure to improve turnover and drive revenue. Luke II’s array of payment options and the added mobile payment capabilities make it easier for customers to pay for parking, while the convenience of FlexPort has led to an increase in citation payments. All of this has helped the Missoula Parking Commission exponentially increase revenue since partnering with T2, setting the operation up for a sustainable future.